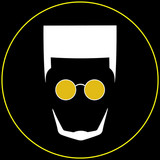 Lawson J, Singer, Songwriter, Composer, Producer, makes contemporary pop that mixes R&B, Hip-Hop, Rap, Latin, and Soul. As everybody calls him, Junior grew up focusing on his love of soccer and IT. However, in his junior year of high school, his parent bought him a guitar, and he started learning to play by watching Youtube videos. One year later, Lawson J started to sing and learned the famous Tracy Chapman song “Talkin’ ‘bout Revolution” that he performed during a friend's gig. Starting from there, Lawson J never stopped singing. Lawson J takes his influence through artists such as Sam Cooke, Marvin Gaye, James Brown, and Michael Jackson that his parents played every day during his childhood and contemporary artists as Bruno Mars, Ed Sheeran, or huge artist and producer like Dr. Dre. Junior creates all his songs from A to Z, in his bedroom. His official debut single “Ahí Aye”, is a catchy summer song, composed during the 2020 quarantine. His second single, “Maria”, evokes the struggle of domestic violence through the eyes of a friend who feels like he's just a powerless witness. His third single, “Stay Together” talks about summer loves and how the end of it can be heartbreaking. With his last release, “Not Yet A Star”, Lawson J expresses the painful reality of being an artist but not famous enough to make people pay attention.