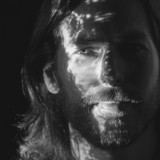 With his original productions Kauf has achieved the near impossible feat of making dance music that is also song led and lyrically deep. The rhythms, informed mostly by slowed down disco, support simple, emotive chord progressions with a melancholic bent.&nbsp; Dense layering, his own echo-laden vocals,&nbsp;and a penchant for distorted, imperfect sounds create the dominant motif, where the words sometimes ring out as if emerging from a barely remembered dream.&nbsp; &nbsp; His debut album ‘Regrowth’ is out Oct 2017, so far we’ve seen 4 singles alongside equally staggering remixes from some of the electronic world's finest talents (Fort Romeau, Man Power, Thomaas Banks, Ambassadeurs, Blue Hawaii). Each single charted in the Top 10 on Hype Machine Most Popular with Key to Life reaching the top spot,

resulting in Kauf entering the Top 10 of the HypeM 2016 Zeitgeist Chart. He self-released his first single in 2011 - Relocate b/w When You're Out which quickly found its way into the hands of Dan Whitford of Cut Copy who released the As Much Again EP on his own Cutters Records. Contact: kauf@kaufaudio.com