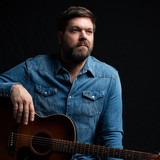 Ben Mitchell is a singer-songwriter from Byron Bay, Australia writing songs with folk, blues, country and indie-pop influences.   Mitchell's latest release is Are You Gonna Be Free?   Are You Gonna Be Free? is dedicated to the millions of freedom-loving truth seekers across this great big beautiful world who are standing up for their rights to live free, and to all the people of the world who are waking up from a deep sleep to replace the unconscious nightmare of our past with a conscious dream of our now.   In 2020’s Mitchell released Some To Give, a retro inspired blues/rock album recorded in London.   In 2019 Mitchell released ‘Slow Is The New Fast’, an acoustic based album co-produced with multi ARIA award winner, Matt Walker and recorded in Walker’s studio in the hills on the outskirts of Melbourne. Jeff Jenkins from The Music/ABC Radio said “It’s a wonderful album, a beautiful…incredible feel. Such a warm sound. It’s a gentle record but it leaves a lasting impression.”   Mitchell had a Number 1 on the Amrap Regional charts with his single ‘Keep Community Radio’. His songwriting has been compared to Neil Finn and Ben Harper with TIME OUT (UK) describing Mitchell as “A thoughtful songwriter with a gift for simple melodies and powerful emotion.”   Chance To Love, Mitchell’s 2015 album, featured 17 tracks which each received radio play across Australia (and one track getting picked up in Ireland and UK). “My favourite local release at the moment” Stephen Walker, 3RRR.