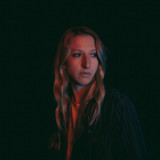 A Canadian born Brooklyn-based singer-songwriter with a dreamy indie pop sound, Jenny Kern’s magnetic vocal style and emotive lyricism gained global attention in 2019 after the release of her debut single “Slow Burn”. She was immediately invited on her first international tour in Europe and featured on MTV, ABC and the CW. In fall 2019 Jenny recorded two singles “Satellite” and “Now We Know” with producer Andy Seltzer (Maggie Rogers, Chelsea Cutler, Valley). Her first single release of 2021, "Coming Back For Me", is another collaboration with producer Andy Seltzer. Released in January of this year, "Coming Back For Me" caught the attention of legendary radio voice and programmer Bruce Warren and has spun on XPN and NPR’s World Cafe. 2021 has also seen Jenny’s music placed on several Spotify editorial playlists including Fresh Finds , Indie All Stars, and New Music Friday which collectively have well over 1 million followers. This year Jenny released “Run”, currently charting on top 40 radio, and has amassed over 1 million streams on Spotify. After a sold-out show at Rockwood Music Hall, she is planning tour dates for late 2021 into 2022 as well as more studio recording coming soon.