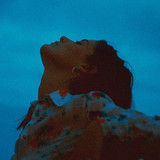 Swedish singer LÉON made a splash in 2015 with a softly glowing contemporary pop sound that evoked classic sounds of the 1960s and '80s without being entrenched in the past. A trio of EPs paved the way for her eponymous 2019 debut and its breakout hit, "You and I." LÉON returned with her sophomore LP, Apart, the following year. The Stockholm native -- a daughter of musicians -- fronted a band as a teenager and watched her career accelerate as a solo artist after she began to work with producer Agrin Rahmani. In 2015, at the age of 21, she made her proper debut with "Tired of Talking," a single with a sweet melodic hook that belied the lyrics' assertive character. The more uptempo "Nobody Cares," a song in which LÉON sang of having trouble letting go of a relationship, followed shortly after that and led the way to an EP, Treasure, which contained both of the singles and two new songs. Her For You EP arrived in early 2017. Months later, she issued another EP, Surround Me, followed by the sultry single "Baby Don't Talk" in 2018. In the buildup toward her debut album, LÉON scored another hit with its rousing lead single, "You and I." The album, simply titled LÉON, appeared in March 2019, followed by tours of Europe and North America. A year and half later, her sophomore long-player, Apart, continued to build on her mellow, melodic pop sound. ~ Andy Kellman, Rovi