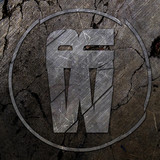 Nu-metal band WALKING RUMOR has always been on a mission to deliver honest and approachable metal with their own take on the sound of the early 2000’s. Drawing inspiration from bands such as Linkin Park, Papa Roach and Bring Me the Horizon, these four guys from Odense, Denmark see no limitations to how rap, heavy rock and metal can be combined, setting a good indication as to what can be expected on their coming debut album ‘Symbiosis’.

“Writing this album, we tried to be as honest as possible. There is a lot going on inside each of us that may sometimes be hard to speak out, but should rather be screamed at full blast. The title ‘Symbiosis’ represents what we are all about, because we all come from different backgrounds of genres, which we’ve mixed to create the sound that is Walking Rumor”, vocalist Kenneth Gustavsson explains. Since forming back in 2015, the band has released their debut EP ‘The War Within’ in 2016 as well as several singles, resulting in multiple national shows with bands such as Crazy Town (US), Junkyard Drive (DK) as well as a European tour supporting Ill Niño (US). The coming debut full-length ‘Symbiosis’ which is produced by Claudio Andersen at LAK Studios as well as mixed and mastered by Chris Kreutzfeldt, is set to be released on April 10. Get your Walking Rumor merch today! https://walkingrumorstore.launchcart.store/ Or visit www.walkingrumor.com for more info.