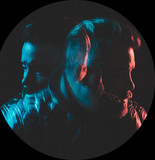 David Cook (and yes, he is the winner of American Idol’s 7th Season) certainly knows a thing or two about good music. His first album, Analog Heart, came out pre-Idol, and his album, Digital Vein, nicely book-ended that chapter. Chromance (2018) & The Looking Glass (2021), he revived himself. “I was a ‘rock’ guy, but the further away I’ve gotten from that, the more I’ve opened up and found inspiration in the peripherals. I wouldn’t have had the courage earlier in my career, but now I have the confidence to go after the sound I want.”

A fan of Massive Attack and Nine Inch Nails, Cook always admired how they pushed the envelope and brought pop elements in to rock music. In 2018 he headed to NYC for his Broadway debut in KINKY BOOTS as Charlie Price. While excited for his first starring role, he was also aware the message behind KINKY BOOTS was timely and relevant. Another passion of Cook’s is his work with the National Brain Tumor Society, a Washington DC-based nonprofit that drives cutting edge research and treatments for brain cancer and brain tumors. “I’ve been very involved with the charity and am very grateful that my career has allowed me to do that. I lost my brother Adam to a brain tumor in 2009; every year I am part of the Race for Hope-DC and my fans alone have raised over $1.5 million for this charity. Far and away, that is the proudest of all my achievements.”