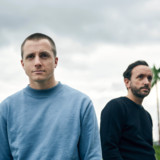 2WEI is a composer team founded by Christian Vorländer and Simon Heeger in early 2016. They work with their team ouf of their studios in Hamburg, Germany & Venice Beach, California. Their music has been featured in numerous movie trailers including Wonder Woman, Tomb Raider, Mortal Engines, and many more.   Christian Vorländer and Simon Heeger have known each other since college, after which they pursued different career paths. Christian began working for Hans Zimmer and Junkie XL in Los Angeles, while Simon worked at advertising music houses like Mophonics and Yessian.   After Christian returned to Germany in the end of 2015, they joined forces and formed 2WEI, combining their skills from the advertising and film music world.   Since then, 2WEI has had a continuous success, licensing their tracks for various promotional Hollywood trailer campaigns and creating music for brands such as Audi, BMW, Facebook, Porsche, etc. Additionally, they remixed iconic songs from LL Cool J, A$AP Ferg, Zoe Wees and composed music for game trailers such as League of Legends,

Valorant, Call of Duty, Assassin's Creed, Need for Speed and many more.