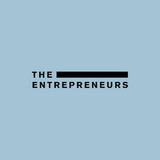 The Entrepreneurs is a Copenhagen-based noise rock trio with a wide reputation as one of DKs fiercest live bands. The noise-filled songs are aesthetic takes on the traditional punk-rock songs with an underlying dark and explosive feel. Fans of bands like Japandroids and Weekend will not be disappointed. In 2016 The Entrepreneurs released their

debut EP to local critical acclaim and followed up with an extensive DK tour earning them their reputation as an amazing live band. Lead singer Mathias Bertelsen, guitarist Anders Hvass and drummer Jonas Wetterslev feeds off the energy of the crowd and returns the favour by giving explosive performances every time. Since then the band has released their debut album Noise & Romance in February 2019 and brought their energetic live shows to countries such as UK, Germany, Netherlands, Finland etc. while working on their follow up record which further evokes The Entrepreneurs' venturesome song writing skills and exploration of the rock genre.