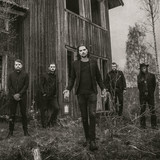 The Dead and Living

Featuring The Dead and Living

THE DEAD AND LIVING (Swe) est 2007   A mischievous mix of rock, goth and punk sprung from the world known Swedish scene of dark and explosive music.   Debut album Decadance (Lightning Rec) and sequel The Last Men Standing (Lightning Rec), mixed and mastered by Rikard Löfgren ( Mustasch , Deathstars , Enforcer , Vomitory , Lancer etc), were both recognized among the best albums of 2010 and 2013 in Close Up Magazine and Sweden Rock Magazine. Latest release EP SINGLES COLLECTION (2014) was released via the bands own label 139 Music. Having toured several times throughout Scandinavia and Europe, appearing at major rock festivals like Sweden Rock Festival, as well as supporting Deathstars , Chrome Division and Marky Ramones Blitzkrieg among others, The Dead And Living leaves town after town startled by their spectacular appearance.   Rock truly is dead - and it has never sounded better!   Words about The Dead And Living   “Armageddon, apocalyptic trombones and bassoons. The Dead and Living progresses among tombstones, spiderweb and dusty wooden oors and sound like they came from an ancient time. I fall for the entirety, the bombasticness, the cinematic essence. The dirt in contrast to the ne polished.” - Jonathan Strandlund, Sweden Rock Magazine   “The Dead And Living are a band that we want people to discover. It’s a band that brings fresh life in the ways of death; their cool dark and unique rock is absolutely outstanding. – Whiplasher Bernadotte, Deathstars