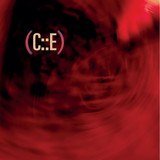 Founded in autumn 2004, CECILIA::EYES, today composed of Christophe Thys (guitars), Nicolas Denis (drums & vocals), Pascal Thys (bass) and Gauthier Vilain (guitars & samples), defines itself as a band practicing a subtle mix of slow and noisy melodies. To listen to CECILIA::EYES, it is above all to be ready to penetrate the dreamlike universe that it invokes. Since the release of the album "DISAPPEARANCE" in 2014, and a series of concerts in Belgium and abroad, The band voluntarily isolated itself from the scene for a long period to focus on writing a fourth opus. Entitled "SORE MEMORIES ALWAYS END" and scheduled to be released on December 3rd, 2021, this album concretizes the band's will to opt this time for writing lyrics and vocal harmonies on a majority of tracks.