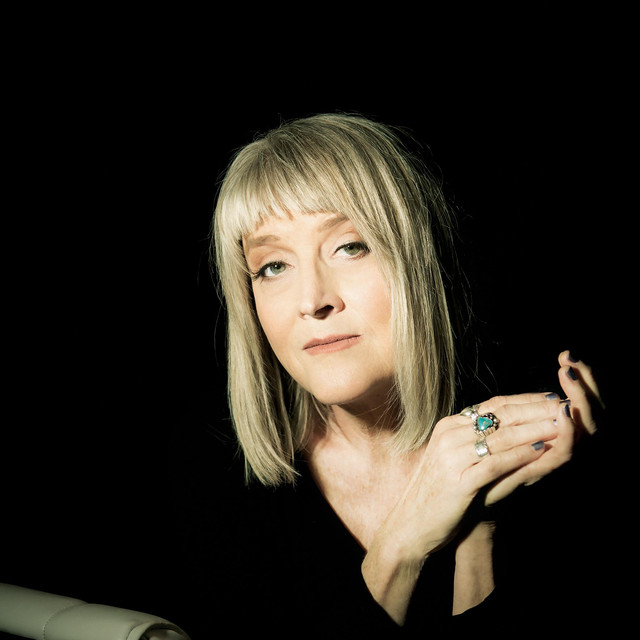 Ohio might not seem like a hotbed of music, but when you have an aunt who owns a record shop, you've certainly got a leg up. That's how Kim Richey got hooked on what would become her chosen path -- digging through bins of 45s and listening to everything she could, from Janis Joplin to the Lovin' Spoonful. She started playing guitar in high school, but didn't rack up much stage time until college. That was when she started a band and sang a lot of harmony. After college, she did a lot of moving, to and through Colorado, Washington, South America, Boston, Europe, and occasionally Nashville. Serving a stint as a cook at The Bluebird Café didn't do much harm to pull her into the singer/songwriter fold. In 1988, Richey planted her roots in Nashville to really test that fold and hone her own songwriting craft. She built a reputation as a singer who could interpret a lyric and harmonize with the best of them, all the while writing songs with an optimistic melancholy quality that is unusual and alluring. Before too long, Richey was signed to Polygram Records, releasing her eponymous debut in 1995. Bitter Sweet and Glimmer followed in two-year increments. All three albums were tagged as contemporary country but actually fall in step pretty close to John Hiatt's brand of music-making. Comparisons to Shawn Colvin have also run rampant over the years, due to Richey's cleverly twisting lyrical phrases and beats. By the time she made 1999's Glimmer with producer Hugh Padgham, her sound leaned even further toward the pop end of the spectrum. Cut to 2002 and the release of Rise. Teaming up with producer Bill Bottrell, Richey fleshed out her sound with worldly flavors of instrumentation, atypical for a so-called contemporary country artist. The result was mesmerizing and her most masterful work to date. A greatest-hits set entitled Collection arrived in 2004, followed by Chinese Boxes in the summer of 2007. Richey focused on touring and writing songs for other artists for a few years, and operated particularly in the British Isles during that time. She emerged from her recording silence with Wreck Your Wheels, a collection of 11 new songs issued on the Lojinx imprint in 2010. Though recorded in Nashville with co-writes from Beth Rowley, Boo Hewerdine, and Mark Olson, its initial release was in the U.K. in the spring, followed by a fall issue in the U.S. Richey made a full-fledged return to her brand of country music on Thorn in My Heart, which was released in the spring of 2013 on Yep Roc. Five years later, she delivered Edgeland, which featured cameos from Robyn Hitchcock and Chuck Prophet. ~ Kelly McCartney, Rovi