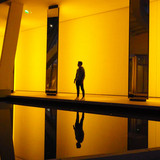 Nick Peters is the musical project of the young French and German music producer and writer Nicolas Petersmann who already scored more than 150M streams and produced many successful songs including « Let You Go » by Nightcall which reached Gold status in several countries. Nick has been immersed in a musical and creative family environment from an early age. His taste for electronic music emerged while he was still only in middle school and he quickly ventured in to music production, just to see what would happen… In 2017, he released the single « Release me » and the outcome was breathtaking, with more than 7 millions plays the song reached the prestigious Spotify Viral Charts in a number of countries with no previous exposure. Driven by those amazing results, Nick pursued his work and delivered more productions and remixes, for Major Lazer and JP Cooper, to name just a few. And it doesn’t stop there. In addition to attracting millions of listeners, Nick has drawn the attention of the same international artists who inspired him to start a professional DJ career. Indeed, the Chainsmokers were to praise him on a famous radio show ; the ultimate reward. Star DJ Hardwell did the same, and recently, American pop band Maroon 5 asked him to work on one of their songs. Consequently, Nick was approached by the team who revealed artists such as Kungs to the public and propelled him to the rank of world star of electronic music, in order to prepare his upcoming releases.