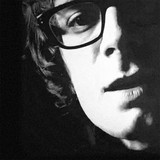 Swiss alchemist of sound Balduin, born in Bern 1978, has quietly released a string of albums and EPs since 2001, the contents of which run the gamut from dreamy electronica and lo-fi experimental pop to self-composed harpsichord recitals. Balduin plays all the instruments himself. Since moving to Sunstone Records (UK) with the sold-out EP „The Glamour Forest“, released in January 2014, he mines the deep well of whispy, paisley slice of 60s psychedelia baroque-pop tinged with Beatlesque melodies and Barrettesque whimsy. Dainty keyboards, soothing sitar, nostalgic harmonies and tinkling music boxes. On his latest Sampler „Post From Mars“, released in May 2014 on the Active Listener Records, Balduin grabs the ineffable vapours of vintage psychedelia and runs away with it in inspired directions. He nicely pulls off some more modern, indie-baiting electronic sounds with an impressive listen informed by both the insular bedroom studio as well as the orchestra capacity 1966 studio. The tunes bear a slew of influences ranging from the Electric Prunes, to Donovan, to the Magnetic Fields, but the sound is not mere re-creations as this artist ultimately defines his own psychedelic visions.