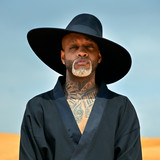 Willy William is the french most streamed singer in

the world. He holds a Latin Grammy nomination aand wide acclaim as an author, composer, producer, DJ and singer, all while blowing up the Internet one hit at a time.In 2016, Willy saw the elevation of his musical vision attracting the title of #1 most Shazam'ed French artist in the world.   Willy became an international sensation after the release of Mi Gente, a collaboration with J Balvin. The track received praise from the likes of Barack Obama who announced Mi Gente as his #1 favourite song of the year; while Beyoncé’s admiration led her to release an official remix Mi Gente Feat. Beyoncé. Produced by Scorpio Music, the music video amassed