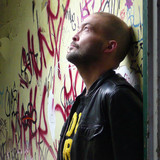 Ben Watt first appeared in 1981 as a young nineteen-year-old experimental songwriter-singer-guitarist. 1982’s 5-track EP Summer into Winter featured Robert Wyatt. His early work culminated in his sparse atmospheric debut album North Marine Drive (1983, UK Independent Album Chart, No 9). In 1983 he put solo plans on hold to perform and write full-time with Tracey Thorn in their recently-formed duo Everything But The Girl. The band stayed active until 2000. They delivered twelve UK Top 40 singles and seven UK Top 20 albums. 1995’s global hit Missing reached No. 2 on the US Billboard Top 100. As Everything But The Girl quit on a high at the end of the nineties, Ben moved into record production, DJing and clubland. He launched his own award-winning electronic record label Buzzin' Fly (see Best of Buzzin' Fly Records) in 2003 and was was nominated for Outstanding Contribution to Dance Music at the DJ Magazine Best of British Awards 2009, and as Best Deep House DJ four years running (2008-2011) at the global DJ Awards held in Ibiza. In 2013 he put Buzzin' Fly on ice and returned to his earliest roots in folk, jazz and art-rock to record the award-winning solo album, Hendra (2014). The album Fever Dream came out in 2016. The Guardian commented: ‘In his early fifties, he is making some of the best music of his career.’ Storm Damage was released in 2020. 'Enthralling’ 9/10 (Uncut). 'Beautiful and nuanced music-making' (Sunday Times). 'His finest album yet' ★★★★½ (Music OMH)