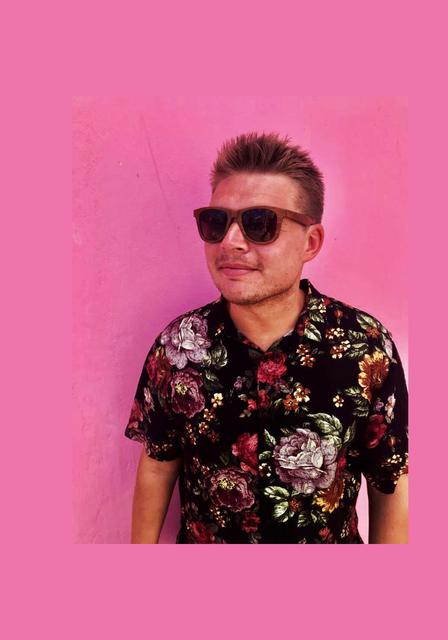 Somerset raised and a musical man, sitting in school, he came up with a plan. A fan of the music since before he could hear, he learnt how to play it using only his ear. Then many years later he awoke in his bed; “So how about I make some of these tunes in my head?” The next thing he knew he was saving for gear: a mic and computer to record his ideas. He stayed up through the night, and then through the day, then again in the night until it sounded OK. He sent it to friends and heard what they said, “put it online and see if it spreads” So upload it he did with his heart beating fast, fear and relief to be out there at last. To much his surprise and to much his delight the people that heard, said they did like. So on he did crack, making tunes all the time, mostly just beats though as he’s useless at rhymes. Odjbox was born and was growing quite well, he’d released some EPs which had started to sell. Then in came the gigs, which allowed him to see a future in which music allowed “myself to be me” He's since had 200 million plays on youtube, 6 million on soundcloud and over 60k downloads. Odjbox Oak Sessions (KPM) saw him work with a full orchestra & in 2017

another KPM album Odjbox: Bat House Beats. He also wrote/produced Too Many T's 2017 album South City alongside Josh Steele (Flux Pavilion) . The pair also wrote Saxophone Doom together. His music has been used on TV and radio shows and Ads worldwide. You can check out Odjbox's latest musical project here: obylx