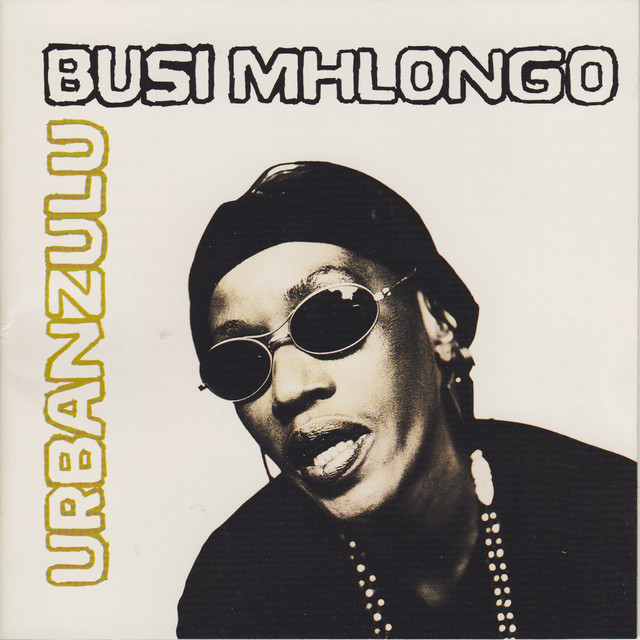 "The reigning queen of modern Zulu music," Busi Mhlongo (born Victoria Busi Mhlongo) has turned the Maskanda guitar music of migrant Zulu mine workers into a worldwide phenomenon. Mhlongo's second album, Urban Zulu, produced by former Soul II Soul producer Will Mowat,spent two months in the top position of Billboard's world music charts in 1998. A native of Inanda, a small village in the mountains of Kwazuku Natal, Mhlongo launched her musical career as vocalist in Africa Jazz and with Conjunto Juan Paulo, a Portuguese army band. After marrying South African pianist Early Mabuza, she left her homeland and made the first of many moves. After living briefly in Portugal, Mhlongo and Mabusa relocated to London in the 1970s. While there, Mhlongo recorded with other South African exiles including Dudu Pukwana, Julian Bahula, and Lucky Ranku. Alternating her base of operations between Holland and South Africa, Mhlongo toured throughout the 1980s with her band, Twasa. Her groundbreaking performance, however, when she joined Gambia band Ifang Bondi at the African Roots Festival in Amsterdam. Her gutsy singing and dynamic stage presence led to an invitation to perform along with Salif Keita and Manu Dibango at the prestigious African Music Festival in Delft in 1989. Released by the Dutch label Munich in 1993, Mhlongo's debut album, Barbentu, was reissued internationally by Stern's two years later. Mhlongo has conducted numerous workshops in Zulu singing and dancing. ~ Craig Harris, Rovi