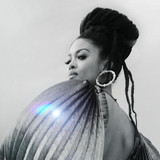 Blending folk, soul, blues, and Appalachian traditional elements into a refreshingly timeless sound that sits outside any particular musical era, Valerie June is a critically-acclaimed singer, songwriter, and multi-instrumentalist who began her career in Memphis, Tennessee. She received some early attention for a pair of independent releases and her participation in the 2009 MTV series $5 Cover, but it was her Dan Auerbach-produced third album, Pushin' Against a Stone, that served as both her critical and commercial breakthrough. With a significant audience in Europe as well as the U.S., June's ascent continued with 2017's highly rated The Order of Time which was another critically lauded set that showcased her increasingly distinctive sound. The daughter of a brick cleaner from Humboldt in the flatlands of West Tennessee, June took quickly to the various local roots music styles in the area, teaching herself guitar and developing her own stylistic mix, interpreting traditional material as though it were still alive and breathing, and writing her own material with an eye toward the influences of passionate and socially minded songwriters like Bob Marley. She officially began performing at the age of 19 as half of the husband-and-wife duo Bella Sun (the couple released an album, No Crystal Stair, in 2004 on their own Bella Sun Music imprint), but when the marriage fell apart, June left the South and began living the life of a gypsy street musician, playing for change in bus and subway stations up and down the West Coast. She eventually returned to Tennessee, finally settling in Memphis, where she slid right into the city's active music scene. By now she had added banjo and lap steel to her musical base, and she began to draw local attention for her powerful performances, becoming a favorite at area folk festivals and workshops. She recorded two albums, The Way of the Weeping Willow and Mountain of Rose Quartz, at the legendary Ardent Studios in Memphis, but she really came to national attention when she was featured, along with rappers Al Kapone, Muck Sticky, and other musicians, in the MTV web series $5 Cover (put together by Craig Brewer, the creator of the movie Hustle & Flow), which followed Memphis musicians as they scrambled to pay the rent, fall in and out of love, and yes, play music in one of the most storied musical cities in the world. The series aired early in 2009, giving June and her music a platform for wider exposure. Using the publicity from the $5 Cover series, June went on to record the 2010 EP Valerie June & the Tennessee Express with the Old Crow Medicine Show. A move to Brooklyn from Memphis and an introduction to Dan Auerbach (the Black Keys) put into motion the recording of her third studio album, Pushin' Against a Stone. With her singles on heavy rotation on European radio and a support slot with British singer/songwriter Jake Bugg, June's popularity continued to rise upon the album's 2013 release. Critics praised her originality and ability to shift comfortably between different styles and tones. June continued to tour over the next few years while writing and recording the material for her next release, which she recorded with producer Matt Marinelli. Released in 2017, The Order of Time was an even greater critical breakout which charted across multiple Billboard charts and landed on several prominent best-of 2017 lists. She even earned praise from Bob Dylan, who named June as one of the contemporary artists he'd been listening to. Her next release came in the form of a semi-mystical three-song suite called "Stay" which appeared near the end of 2020. ~ Steve Leggett, Rovi