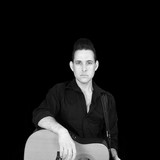 Born and raised in Los Angeles and now residing in Australia, the crooner has ventured out solo and brought his moody, heart-wrenching style with him. The songwriter who has toured internationally and played on such festivals as Download (UK), Rock Am Ring/Rock Im Park (Germany) and Soundwave (Australia) with goth rock outfit Dommin, currently performs down-under with The Oztones. Rootsy in arrangement with a swinging rockabilly energy, the music bridges the gap between blues and country with the words of a dark romantic poet and the attitude of an outlaw. KD's other solo releases, lay in his own blazed trail. Dreamkiller is a beautifully melancholic alternative ballad with an expansive soundscape. A masculine answer to Lana Del Rey, the "dreamy" single was the first of several singles released in 2020. The groove-ladden track, The One was followed by the nostalgic "Ready, Set, Go".