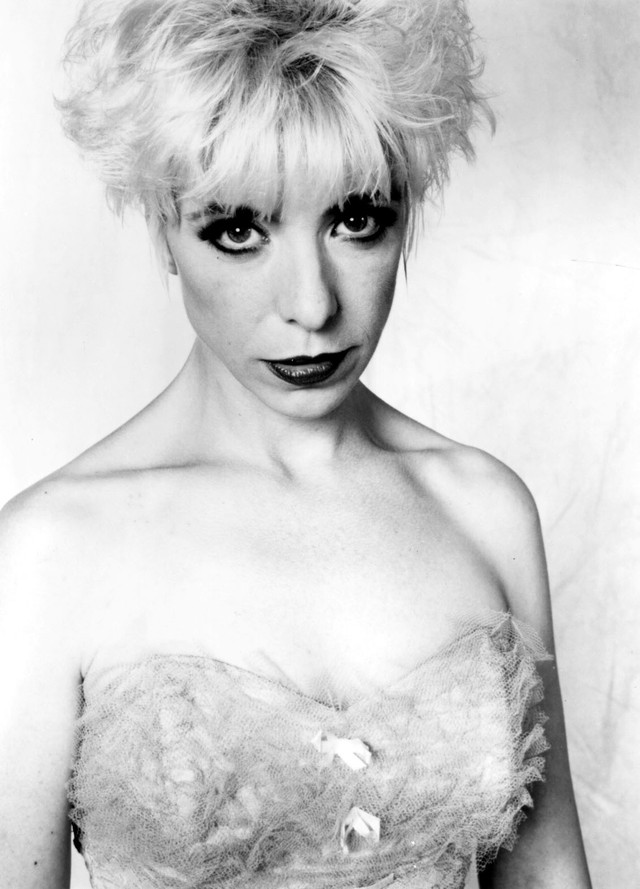 Julee Cruise was the talent scout for composer Angelo Badalamenti when he was working on David Lynch's film Blue Velvet in 1985. Badalamenti discovered that her airy voice fit a song for the film, so she wound up recording "Mysteries of Love" for the soundtrack. Three years later, she released her first album, Floating into the Night, which featured music by Badalamenti and lyrics by Lynch. Three tracks from the record made it onto the soundtrack to Lynch's television series Twin Peaks, including the series' theme song, "Falling." Cruise had a bit part in the series. She released her second album, Voice of Love, in 1993. Later in the decade she covered the Elvis Presley song "Summer Kisses, Winter Tears" for Wim Wenders' movie Until the End of the World, and featured on the soundtrack to Scream. Cruise also appeared in several stage productions and toured with the B-52's (as a replacement for Cindy Wilson). She also featured with a host of dance acts, including Moby, Hybrid, and Delerium. Still, nearly ten years separated Voice of Love from her third solo album, 2002's The Art of Being a Girl. ~ Stephen Thomas Erlewine, Rovi