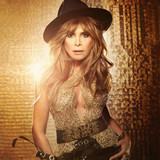 In the wake of Madonna's success, many dance-pop divas filled the charts, but out of them all, Paula Abdul was the only one who sustained a career. The former L.A. Lakers cheerleader and choreographer scored her first hit in 1989, when "Straight Up" shot to Billboard's number one spot, becoming the first of four U.S. chart-toppers from her 1988 debut, Forever Your Girl; the others were "Forever Your Girl," "Cold Hearted," and "Opposites Attract," each earning a gold certification from the RIAA. This success laid the groundwork for her second act as a judge on American Idol, the televised singing competition that began in 2002 and kept Abdul in the spotlight throughout the decade. Abdul began to make inroads in pop music when she was hired as an assistant dance director on the Jacksons' Victory tour, which led to a job choreographing Janet Jackson's videos for Control. Abdul's work on Jackson's videos helped make the album a hit, making her a sought-after choreographer. After working on The Tracy Ullman Show and videos for ZZ Top, Duran Duran, and the Pointer Sisters, Abdul began a recording career, releasing her debut album, Forever Your Girl, in 1988. The first two singles drawn from the record -- "Knocked Out" and "The Way That You Love Me" -- didn't crack the Top 40, but the release of "Straight Up" at the end of the year made her a superstar. Staying at the top of the charts for three weeks, "Straight Up" began a string of six number one singles (with "The Way That You Love Me" re-charting at number three in 1989) that ran through the summer of 1991. The last two of those singles, "Rush Rush" and "The Promise of a New Day," both came from her second album, Spellbound (a remix collection called Shut Up and Dance bridged the gap between the two albums in 1990). Released in the summer of 1991, Spellbound wound up going triple platinum and it racked up three additional hits: "Blowing Kisses in the Wind," which peaked at number six, "Vibeology," and "Will You Marry Me?" After a three-year hiatus, Abdul released her third album, Head Over Heels, in the summer of 1995. Although it wound up going gold, its only Top 40 hit was "My Love Is for Real," and Abdul quietly retreated from singing, working in television and film; notably, she choreographed the cheerleading sequences in Sam Mendes' Acadamy Award-winning 1999 film, American Beauty. Abdul returned to music in 2000 as the co-author of "Spinning Around," a hit for Kylie Minogue. Debuting at the top of the charts in Australia and the U.K., the single effectively relaunched Minogue's career. Abdul returned to the spotlight in 2002, when she became one of the three judges on American Idol. Cast as the voice of positivity next to the sour Simon Cowell and straight shooter Randy Jackson, Abdul's popularity surged. Apart from a hits collection called Greatest Hits: Straight Up!, an appearance on the Randy Jackson single "Dance Like There's No Tomorrow" in 2008, and her 2009 solo single "I'm Just Here for the Music," Abdul didn't release a full-length album during this decade. She left American Idol in 2009 but she didn't leave reality TV behind. In 2011, she was a mentor and coach on CBS' show Live to Dance and also reteamed with Cowell for a season of the American version of The X-Factor. Next up was a slot as a judge on an All-Star Dancing with the Stars and, in 2013, she moved over to So You Think You Can Dance, which was the gateway to appearing on the Australian version of that show later that year. ~ Stephen Thomas Erlewine, Rovi