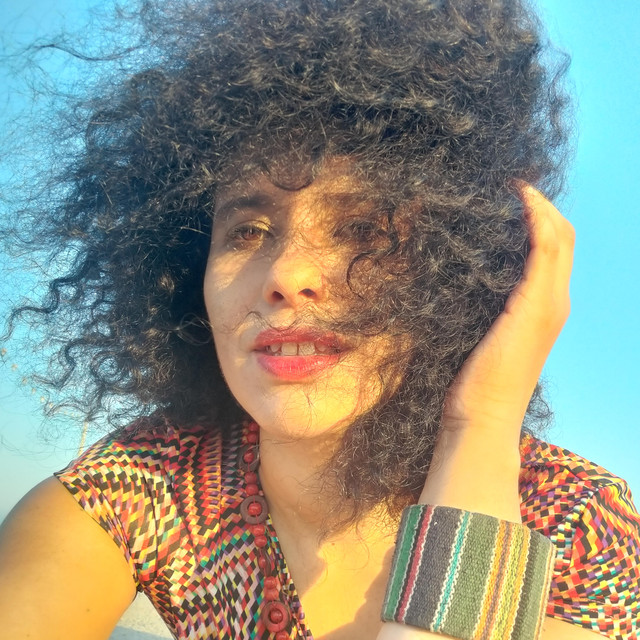 Arema Arega, Voronezh, cold summer of 79, is a cuban singer-songwriter, music producer, painter and fashion designer. Born from an Ethiopian father and a Cuban mother, her work, both pictorial and musical, are the result of this mixture. There are Blues with Son, Bossa with Jazz, Folk with Funk and ChaChaCha. Everything under the tropical influence of Cuba. She is one of the artists on the album Gilles Peterson Presents Havana Cultura: The Search Continues and the Gilles Peterson Presents Havana Cultura: Anthology . She was also invited by The Bahama Soul Club to collaborate on their Albums The Cuban Tapes, The Havana Remixes, Havana ´58 , Bohemia After Dawn and the Club des Belugas Album Nine. The EP Blue Bossa - My Feeling released by Ramrock Records is a collaboration with the UK artist Born74. Her last releases, as a solo artist, are the Albums The Red Soundtracks and The Blue Soundtracks: The Light Seekers Journey and singles that are all part of The Soundtracks by Arema Arega , a developing project created as a score for an imaginary film, where she composes, produces, arranges and also makes her own music videos to introduce the listener to her cinematic world.