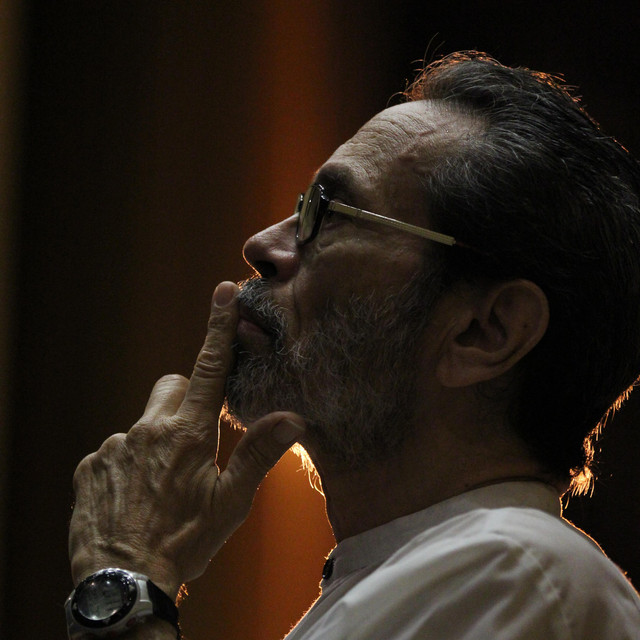 Cuban-born composer, orchestral conductor, guitarist, researcher, pedagogue, and cultural promoter, Leo Brouwer is among the most recognized figures of our times. He composed works requested by institutions such as Adelaide Guitar Festival, Changsha International Guitar Festival and Guitar Foundation of America (GFA). He has composed and dedicated works to renowned musicians such as Julian Bream, John Williams, Yo-Yo Ma, Carlos Prieto, Edin Karamazov, Andreas Scholl, Egberto Gismonti, Chucho Valdés, EOS Guitar Quartet, Ricardo Gallén, Bandini – Chiacchiaretta Duo and Apollo Chamber Players. Several groups and festivals are named after him, such as: B3: Brouwer Trio and the Young Philharmonic Leo Brouwer.   Since April 2005, he has served as president of the Leo Brouwer Office, and his own Ediciones Espiral Eterna publishing house. He is the Past General Director of the OSN of Cuba, Regular Director of the Orchestra of Córdoba, Founder and director of the Sound Experimentation Group of the ICAIC. Has appeared as Guest Composer at the The Akademie der Künste (Berlin Academy of Arts, DAAD, 1970), and beyond his compositional output, Brouwer has conducted more than 120 symphony orchestras and chamber ensembles from around the world, including the Berlin Philharmonic Orchestra. Brouwer is currently an honorary member of the CIM of UNESCO, Commandeur des Arts et Lettres (France, 2018), among other prestigious international institutions. Works: 400 Discography: 900