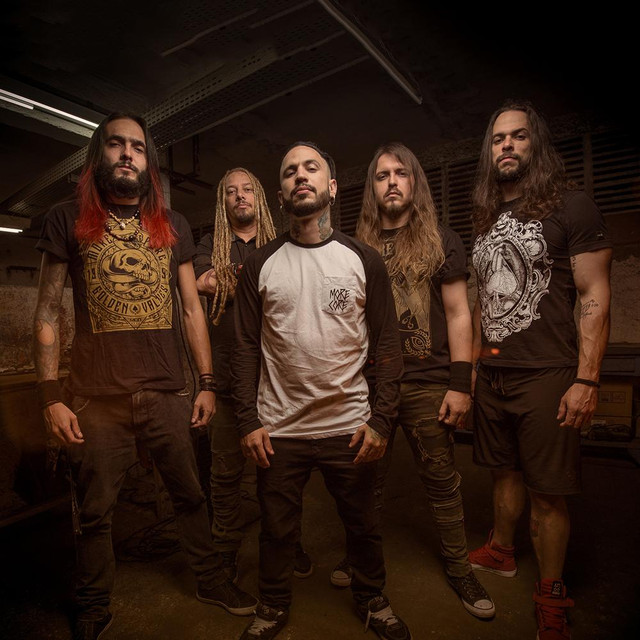 For decades Brazil had not witnessed the rise of a heavy metal band in its scene. Sao Paulo based Project46 broke this taboo by becoming the first metal band since the early 1990s to ascend nationally and they have done so through years of independent hard teamwork. The quintet currently formed by guitarists Jean Patton and Vini Castellari, vocalist Caio MacBeserra, bassist Baffo Neto and drummer Betto Cardoso has developed over the years an extremely heavy and exuberant music that when it is appreciated conveys ferocity and beauty, songs with visceral and highly captivating message that carries some clear and instigating messages built under a modern dynamic walking the steps of the current generation. By 2017, after releasing two successful albums, the first being “Doa a Quem Doer” and the second “Que Seja Feita a Nossa Vontade” the band undergone a lineup change now counting on bassist Baffo Neto and drummer Betto Cardoso, the band started an intense composition process that lasted over 6 months and not only provided the creation of new songs, but transformed the band into an energetically strong, creative, focused and accurate team. The result of this is their new and long-awaited album Tr3s, which has just been made available on digital platforms and in physical format. The band is already scheduling shows throughout the year 2019 in Brazil and abroad besides preparing a English version of Tr3s for the American, European and Asiatic markets.