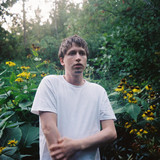 Benedikt is a nine-piece atmospheric indie orchestra with members hailing from the remote Norwegian west coast. It originally started out as Hans Olav Settem’s solo project, coping with being far away from home at a Christian, conservative boarding school in Bergen. After being kicked off campus, Settem found comfort in heroes like King Creosote, Elliott Smith and Vashti Bunyan, and started writing songs in his new dorm. After relocating to Oslo, a group of old and new friends joined and grew into Benedikt. The group’s debut album ‘Communal Work’, which arrived in the spring of 2019, was highly acclaimed in indie corners around the globe, alongside gaining radio ration in Norway. Since then, the group has been working non-stop on new music, with songs portraying the melancholy and struggles that we all experience throughout life. Benedikt’s forthcoming sophomore album ‘Balcony Dream’ (out 16th of April 2021), veers away from their debut album ‘Communal Work’ with its darker themes, where Settem dives into a world of injustice, depression and the fear of dying. Inspired by dark renaissance aesthetics, Settem’s unique voice and emotionally wracked lyrics takes the listener on a searching journey through orchestral, sacred soundscapes and experimental arrangements, all created with his best friends.