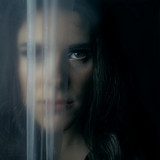 Tanya Barany (9.3.1994) was born and raised in a small mountain village in Switzerland. As the daughter of a Swiss shepherd and a British English teacher she spent her summers in a lonely shepherds' hut amongst the echoing silence that collects at the crease of a valley. The solitude of the southern mountains have been her inspiration ever since.   Having learnt the guitar, the piano, singing, songwriting, producing and performing she played over 400 concerts with different bands by the time she started studying music in Zurich and completed her master’s degree in 2019.   She was introduced to the iconic sounds of Radiohead, Portishead, James Blake by her friend Jonas Ruppen - keyboarder & film producer at “Tanya Barany”. With this new musical inspiration she created her “Dark Pop”   In 2016 Barany released her first video “Red Dust”. Here she introduces her audience to her homeland and her musical world. In 2019 her debut album “Lights Disappear” was released and attained national and European acknowledgement. She toured around Switzerland and Germany, where she played at the biggest national festivals including Blue Balls Lucerne, Gampel Openair, Zermatt Unplugged and many more.   As recognition of her sparkling musical achievements to date she will receive the 2020 Culture Advancement award from the Canton of Valais. Outside of her far reaching musical aspirations, Barany avidly supports ethical causes, actively campaigning for gender quality and animal rights.