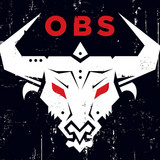 One Bad Son’s new album is called Made In The Name Of Rock N Roll, and it’s a title that says it all in terms of what originally brought the band together, and what continues to drive them 13 years later. Anticipation for the album was stoked months in advance by the first single “Raging Bull,” which spent four weeks atop the Canadian Mainstream Rock chart. But it was merely a taste of what One Bad Son and producer Gavin Brown (Billy Talent, Metric) accomplished with the full album—an unabashed testament to the thrills of arena-ready guitars and choruses. Along with “Raging Bull,” that raw energy is harnessed on tracks such as “Hurricane,” “Flying High” and “Scream For Me,” which add up to the perfect antidote for the world’s current negativity. However, that’s balanced by the album’s most poignant track, “Streets Are Red,” a tribute to the late Chris Cornell. With five previous releases under their belt, not to mention countless tours on their own and in support of Judas Priest, Def Leppard, Buckcherry and many others, Made In The Name Of Rock N Roll now cements One Bad Son’s reputation as one of Canada’s premiere bands.