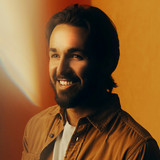 Cale Dodds is a gifted solo artist with a band-brain. He masterfully plays off the musicians who surround him and creates a salon-style performance space where the audience is a welcome extension of the band. That collaborative style carries over to his songwriting: Dodds has a tremendous ability for turning a phrase and exploring nuances that are easily overlooked. In late 2018 he released “What We Gonna Do About It,” an upbeat party-starter that he penned alongside producer Corey Crowder and Florida Georgia Line’s Tyler Hubbard, followed by his song “Where I Get It From” to close out the year. Touted by Rolling Stone for his “smooth pop-country crooning over arena ready arrangements distinguished by clever lyricism,” the Columbus, GA native mines his own experiences in songs. He recently released his latest single “I Like Where This Is Going,” written alongside award-winning songwriter Nicolle Galyon and producer busbee. Dodds has already garnered early praise as a 2019 Artist to Watch by Pandora and Sounds Like Nashville in addition to his recognition on CMT’s #18for2018 Listen Up list. One of Rolling Stone’s New Country Artists You Need to Know, Dodds already has more than 30 million streams on Spotify alone. Beyond the music, the entertainer showcases his personality in his popular day-in-the-life video blogs – called Cale Cams – that can be viewed on multiple platforms.