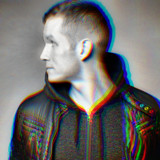 A firm fixture in the House and Techno scene, Sonny Wharton has established himself as one of the finest DJ/Producers to emerge from the UK in recent years. Breaking through by winning a mix-tape competition for Renaissance and DJMag immediately placed Sonny right in the heart of Ibiza’s nightlife with high profile shows at Amnesia and Space, and a weekly residency at Manumission. Sonny’s skillful ability to captivate the audience with his energetic performance and diverse track selection is what prominently positions him behind the decks of many of the world’s biggest clubs and festivals sharing the bill with everyone from Laurent Garnier and Steve Lawler, to Armand Van Helden and Eric Prydz. Sonny’s signature sound has been strongly supported by BBC Radio 1. Originally showcased by Annie Nightingale Sonny continues to receive regular rotation from Pete Tong, Annie Mac, Danny Howard and most notably Carl Cox who chose Sonny’s single “Raindance” as his ‘Ibiza Tune Of The Summer’ for Radio 1’s Review Show. Year on year Sonny continues to expand on his creative capabilities and his now reputable capacity in the studio has seen him remix a broad array of artists including Morcheeba, The Temper Trap, Frankie Knuckles and Fatboy Slim who subsequently named Sonny as his “producer of the year” firmly strengthening his position within modern Dance Music today.