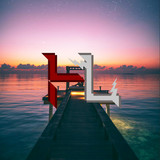 14-year-old H Lazer is a Music Producer of the Progressive House genre, however, he is not limited to this as he also produced Future Bass, Future House & more. Originally inspired to produce by Alesso, H Lazer is now under the heavy influence of artists such as Manse, DubVision & Elektronomia. H Lazer's music has spiked the attention of Alan Walker, Wildcrow, SilentCrafter, Courts, JISTEON, and many more. Remix contests often interest him, and often the results turn in his favor, receiving 3rd place in the remix contests of both 'You Will Be Mine' by 00Spike and 'Reality' by Taca Music Overall, H Lazer has accumulated over 15,000 views on his YouTube Channel, with more than 750 subscribers. On top of this, he has 1,200 followers on Spotify, along with over 30,000 streams in total. In summary, H Lazer is a name that you should keep your eyes on in the future, as you can expect much more to come.