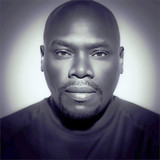 Roland Clark is known as House Music's Songsmith, Producer, Deejay, and Vocalist, all in one. He was born in New Jersey however hails in New York The city for his musical upbringing. Some of Roland Clark’s early recordings helped to define the underground house scene in NYC in the 90s. Under the alias South Street Player he had a big hit in 1993 with "Who Keeps Changing Your Mind" released on Strictly Rhythm. His latest alter ego Jesus Jackson pegged the 3rd season opening of the show Grey's Anatomy with his song "Running On Sunshine." Roland's voice is often described as wildly erotic, soulful, loving, and deep Roland Clark can be heard on the latest Katy Perry hit Swish Swish out on Universal Music. His voice penetrates throughout the different realms and sub genres of House Music and his vocal touch is consistent. ." Roland has also made a name for himself with his phenomenal deejaying and production skills. In 2000 he scored a huge hit with "I Get Deep" and had another massive hit in 2003 with "Resist." His production contributions fuse together many artists' best works, and he has worked together with other producers such as Todd Terry, Kenny Dope, Mark Knight, Dimitri Vegas & Like Mike, Bob Sinclair, and many others.