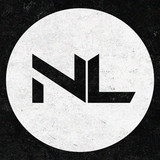 Starting in 2012, Dan Douglas (lead vocals/bass) and Sean Kerrigan (guitar), longtime friends and collaborators, began pursuing a new project following the breakup of their earlier bands. They co-wrote a number of original songs while completing the band’s lineup. In time, all of the pieces fell into place. Josh Salant, a talented multi-instrumentalist and audio engineer, joined the fold on drums and backing vocals. Dan, usually a supporting vocalist, honed his skills to become the band's lead singer and lyricist. Lured in by the sounds in the basement, Josh's brother Sean added his immense talent to the mix, filling the remaining spot on lead guitar. These four musicians combine years of experience in the Brooklyn rock scene to bring you - Nova Lantern!