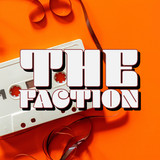 Dutch band the Faction started out in 2015 and released their first EP, "First Statement", in the same year. Their first album "Berlin" saw the light of day in 2017 and was a departure from the sound of the first EP. The new sound and direction can best be described as a combination of the snare drum from Bruce Springsteen's "Born in the U.S.A", the synthesizers from Depeche Mode and the darkness from U2's "Achtung Baby". 2018's release "Moscow" further explored the themes and sounds from the previous release. In 2020, the Faction returned to their roots with the release of "Return to Baltimore". Roots Rock, Country and Rock'n Roll best describe the album. The music on the album is inspired by people like Bruce Springsteen, John Fogerty, Bob Dylan, Hank Williams and Chuck Berry.