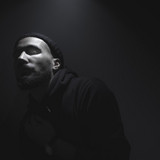 A beautiful sensation of electronic music. Born and raised in Christchurch NZ the bass culture grounded Kakapo to the beat scene at a young age. He took flight as a bedroom producer and has since honed his talent and elevated up to new hights in the capital city of Wellington NZ. He independently released his debut EP “The Bloom Thesis” followed by The Prevoke EP and with multiple singles and remixes for Truth, Ollie Bassweight and Arma Del Amor, Kakapo has received substantial radio support with chart toppers nationwide. He has gotten signed to multiple labels, joining with redbull music and performing shows across NZ and Australia, Including festivals such as Rhythm and Alps and opening for various international acts such as, Nosaj Thing, Panama, Maribou State, Lunice, UV boi, Mndsgn, Kutmah, Montell2099, Azizi Gibson and many more. His deep and creative sound is infectious and hard to miss. This is pure art without boundaries.