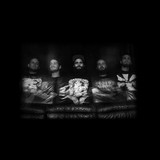 We are Homewards, a Melodic Hardcore Band from Zurich, Switzerland. Formed in 2015, we released our first DIY EP «Old Habits» subsequently in February 2016. Exactly one year later followed our second EP «Ephemeral». Between those two releases we played a lot of shows in Switzerland as well as abroad. We all grew up in the 90’s and were influenced by rock legends and energetic punk/metal bands alike. This has led us to always show our passion for music and never stop believing in what we do. We play Hardcore and we want the world to see our dedication, no matter if it‘s on stage or in the streets. Going back to the roots of what Hardcore means. We do not tolerate racism, fascism, sexism and religious fanaticism. For us, this is our brotherhood and we want to spread a positive message.