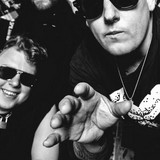 "...it is quite certainly the very best emo/rock album produced by a Danish band to date." Rockfreaks.net After several critically acclaimed albums, Halcyon Hope returned to the airwaves with an acoustic single during summer 2019. The band has previously been supported by Music Week (Track of the Day), Rock Sound, Already Heard & Handwritten Mag as well as having received airplay on the Danish rock radio station, myROCK, along with the largest commercial digital radio station in the UK, Planet Rock. In addition to having played at SPOT Festival 2019, the band performed at several Festivals throughout 2019 including headline shows in Denmark. Halcyon Hope has supported the American emo-punk legends Bayside, Spanish Love Songs, the Spanish pop-punkers in Daylight as well as established national alternative rock artists like Tim Christensen and Go Go Berlin. The full length album “Onward to Fracture Town” garnered impressive reviews around the world. The album has been deemed as “the very best emo / rock album produced by a Danish band to date” by the online magazine Rockfreaks.net, whereas Already Heard Magazine anticipates “a band that has plenty of potential to break out of their homeland. They are the songs that are capable of achieving that. It’s clearly a matter of not, but when for Halcyon Hope ”. The newest single, A1 (acoustic), is distributed via the band’s own record label Discretion Is Paramount Records, and precedes a new album in 2020. Photo: Lasse Lagoni