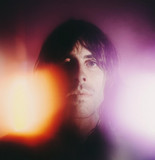 "Still Feels" is the fourth and latest offering from the sophomore album "La Forma", coming spring 2021.   Antoine Diligent is the solo project of Napa/LA, CA based musician and New Jersey native Anthony Polcino. In Los Angeles 2010 after several years of touring, television appearances, and a spot in Rolling Stone as the lead guitarist in Epic Records rockers Low vs Diamond, Polcino began a run of soulfully mellow releases as a solo artist under the name Soft Pipes. The following year he co-founded/fronted the wildly fun dance-punk outfit Beat Club with friend Jeff Kite (The Voidz), and it was during his tenure there in 2015 that he conceptualized the alter ego that he would eventually assume as Antoine Diligent.   Antoine Diligent's debut LP, Futurisms, soundtracks a place that might look like the spacey, dystopian Los Angeles portrayed in Ridley Scott's Blade Runner. Its psych-pop tendencies orbit in the same solar system as Tame Impala, Unknown Mortal Orchestra, and Temples. Featuring punchy, harmonized guitar riffs and otherworldly synthesizers that swirl and reverberate around Polcino’s sometimes low-key croon, thematically Futurisms plays with both how things may turn out and how they really are- yet skillfully blurs the line between them.   In the interim between albums, Polcino co-founded WORLDS, a similarly psychedelic dream pop duo with Erica Driscoll, the Brazilian-American songstress and voice behind LA indie-pop act Blondfire.