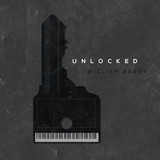 Throughout my life, I have traveled and lived in a number of different countries, absorbing musical influences from the US, England, Germany, Australia, and Canada. At a young age, I was musically involved by playing the saxophone in both middle school and then again throughout most of high school. Shortly after, I found my true musical outlet with the piano. This passion was developed with lessons from the Royal Conservatory of Music program and a summer studying at the Berklee School of Music in Boston where I learned about the art of performing. I graduated from the Pennsylvania State University with a degree in Business Management and transitioned to performing with two of the top cover bands on the East Coast.  Focusing my talents on playing live, singing, and creating my own sound via song writing, I began to pursue a career as an original artist. After many years of playing in professional cover bands, I decided to move from Philadelphia to Los Angeles in search of new and greater opportunities. Here in LA, I write for other artists while finishing up my current album, which has plans to be released in November of this year. Upon release, I will be looking to put together my first official tour to promote and perform the singles off this new album.