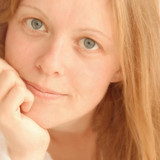 and has released 19 recordings, one film, and several songbooks. Heather’s Modern Celtic sound and tireless touring have earned her a broad international following. Her original music “is powerful stuff… with a depth and resonance rooted in its mythic sources” (Vancouver Sun), and is reminiscent of Loreena McKennitt and Sarah McLachlan. Original music in a Celtic folk style but with modern instrumentation (electric guitar, synthesizers, etc.). Strong lyrical focus on legends, history, fantasy. “Accomplished on a myriad of instruments, at ease and connected to the crowd and genuinely full of the joy of performing. Heather and Ben clearly love what they are doing and people clearly love sharing the experience.” (CBC Radio) “Heather’s songs express something that honors tradition, but in keeping with the best of traditions they break new ground.” (WDVR FM)