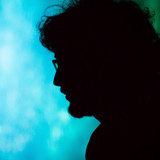 Born in 1988, the composer, multi-instrumentalist, producer and sound engineer, Raúl Vázquez, is the new talent from North of Spain. His way as guitarist started at 2003 in different bands. The first album, that he produced, was "A-51 - Unknown Territory" in 2005. In 2007, he decided to move forward and build "Deathrone”. In 2008, he took the responsibility of all the process of the “Karmagenesis” album, which had the specialised media appreciation during that year. In 2009 he filmed his first video: "In the End, the Silence“, clearly influenced by Classic Music. Raúl premiered his first OST, "Guernica", in 2011. In 2013 he made another one: "One Hour of Happiness“. Meanwhile he finished the Deathrone project with the album “Echoing” in 2010. In 2016, Raúl became Sound Engineer and Recording Producer at UCAM University (Spain). There he learned with professionals such us Nigel Walker or Ludovico Vagnone. During his studies, he worked at "El Sr. Guindilla Records" recording studio (Murcia, Spain), where he worked with many artists in different styles: Hip-Hop, Electronic, Pop, etc. During 2017, he was concentrated on his work "Synesthesia”. This album has five songs with different styles, building a new sound experience. "Synesthesia" has a video for each song in the composer's YouTube profile. Now, Raúl Vázquez is working on ”Synesthesia tour" and the presentation of his new OST: "The Polite Visit (Original Theatre Soundtrack)". © 2019, Raúl Vázquez