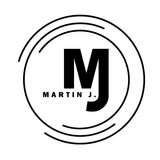 Martin Johnson started his musical career in 1993 as a musician in a band that toured with various hip-hop artists that were signed to Ruthless Records. Martin has written and produced for many notable R&B, Hip-Hop, and Gospel artists through the years. Steeped in Soul, R&B, Hip Hop, and Gospel, Martin J. was raised in a musically inclined family. His musical skills were encouraged by both parents early in life. Martin J. just released a powerful new cut with Breakout artist/rapper HYMN. Together they are introducing fans to Freedom, which serves up a high energy track produced/written and performed by Martin J. Complementing his melodic vocals, Martin J.’s nephew, Hymn provides lyrical assistance with powerful conscious and relatable controversial content that ranges from 5G, Chem Trails, peace, struggling, suicide and fear. The song leaves you to wonder if we are really free when you look at the state of the world today. Martin J.’s rich soulful sound encompasses the modern-day vibe of Donny Hathaway, Bill Withers, Stevie Wonder, and Marvin Gaye. Similar to Marvin Gaye’s classic hit, What's Going On, Freedom is a conscious-raising track that was birthed during a time-period where there is escalating social problems and vexing global issues. With the release of Freedom, Martin J. is hoping to help ignite a national conversation to spark change.