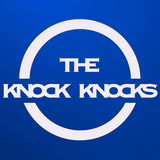 It all started in late 2012 when Gustavo "Tio" Midea and Lucas Cardoso Fonseca decided to form a band in high school. Did we know how to play our instruments? No, but we wanted to be rockstars. So we started practicing and composing and assembling other musicians and practicing a little more until we had our first gig in August of 2014. It was at Tio's birthday party, ok, but we count it anyway. Our first concert in a real venue was some months later, in February 2015. It was great, so we started calling ourselves "the best indie rock band from Parque São Lucas" (it's a suburban neighborhood in the eastern side of São Paulo, Brazil). No one has ever disagreed. We had some formation changes throughout the years, being My Kind of Man and Live From Mars released when we had different members from today. Since January of 2019, Cezar Alexandre is our new drummer and we released Red&blue (which should be written as "RED&BLUE" actually) and Move On as a trio. Now Letícia Lima is our new lead singer and Cool Kids is the first single with this new voice.