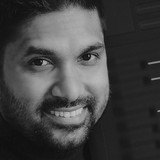 Dushan, a native from the island of Sri Lanka, is an innovative LIVE and studio keyboardist, songwriter, composer and music arranger. A career that spans over 25 years, he has collaborated with some of the biggest names in the Sri Lankan music industry. Dushan currently performs with one of the island’s oldest and most popular bands, The Gypsies, that has been performing original music, and has taken them around the globe for over 50 years. He joined the group in 2004. By touring a variety of countries, Dushan has been able to develop his knowledge of the world’s music, their very own stylings, and melodic tones, which has in turn influenced him in the development process of his own music. Dushan has today enhanced his musical prowess with the addition of the Roli Seaboard to his vast repertoire, a first, in Sri Lanka’s ever growing and dynamic music industry, taking his musical journey further into the future. He has created a number of videos featuring the Roli Seaboard that can be viewed on his youtube channel. In the past 25 years of performing and producing music professionally, he has released six original songs that were also written and sung by him. His work also include, arranging music for local artistes such as Bathiya & Santhush and the Gypsies.