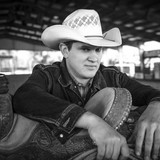 During the heyday of bro-country in the 2010s, Jon Pardi carried the torch for hardcore country. Pardi has never attempted to disguise his debt to traditional country, but he's never attempted to be an Americana singer, either. He's firmly within the mainstream of country music and clever enough to offer sly updates to classic sounds, which is why his 2015 album California Sunrise turned him into a star on the strength of its number one country singles, "Head Over Boots" and "Dirt on My Boots." Born and raised in Dixon, California, Jon Pardi fell in love with country music when he was a kid, aided by the presence of his grandmother's karaoke machine. He was drawn to hardcore singers from George Jones to George Strait, and he took a shine to singing, performing Garth Brooks' "Friends in Low Places" at his dad's birthday party when he was merely seven. Pardi picked up a guitar shortly afterward, attempting his first songs when he was 12 and joining a band when he was 14. After graduating from high school, he formed a duo with his friend Chase McGrew. The pair played around their hometown, then headed to Chico, where they attended Butte Junior College while playing in a band called Northern Comfort. Pardi split from McGrew in 2008, heading to Nashville to attempt to break into the country music business. While working as a lifeguard, he hawked his songs, landing a publishing deal 18 months after his arrival. Pardi began placing songs and attracting attention as a performer. Capitol Records Nashville signed Pardi, sending him into the studio with producer Bart Butler. "Missin' You Crazy," his first single, appeared in the spring of 2012, but it was the 2013 single "Up All Night" that gave him his first country Top Ten. Write You a Song, his full-length debut, appeared in early 2014. It peaked at 14 on Billboard's Top 200 and three on their country albums charts. In September 2015, Pardi released "Head Over Boots," his first single from his second album, California Sunrise. "Head Over Boots" climbed to number one on Billboard's Country Airplay chart, helping California Sunrise reach number one on Billboard's Country Album chart; it reached 11 on the Top 200. Thanks to "Head Over Boots" and "Dirt on My Boots" -- a second single that bested its predecessor, reaching number one on Country Airplay and crossing over into the pop Top 40 -- California Sunrise turned Pardi into a star. The album stayed on the charts through 2018, spinning off additional hits: "Heartache on the Dance Floor" went to three in 2017, "She Ain't in It" peaked at 21 that same year, and "Night Shift" reached 14 in 2018. Pardi released his third album, Heartache Medication, in September 2019, which spawned the hits "Ain't Always the Cowboy" and the chart-topping title cut. The following year saw him issue Rancho Fiesta Sessions, an eight-song collection of cover songs. ~ Stephen Thomas Erlewine, Rovi