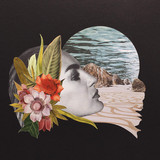 Since her early teens Vivienne Chi has shown remarkably clear vision in her songwriting, her music dances on lyrical narratives of belonging, heartache & the darker sides of London’s excessive lifestyle. Born in Bristol then brought up in Spain, Vivienne moved solo to London to pursue her passion for music. She soon became immersed in London’s vibrant live music scene leading her to make connections with the producers and musicians she works with today. After collaborations & features with the likes of Harry Wolfman and GRADES and making a living touring internationally as a professional vocalist she soon started sculpting her own ideas and vision. Creative chemistry struck with London producer Harry Shadow resulting in Vivienne’s signature sound that can be described as a fusion of Alt-pop, Electro & Indie. Her string of singles have quickly racked up to nearly 2 million Spotify streams, gathered support & airplay on BBC Introducing and reputable playlists such as Spotify Fresh Finds. Previous single ‘JUNK’

reached #1 in the Hype Machine chart.