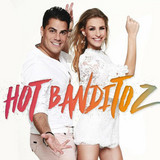 A Latino-themed pop act that specialized in summertime party music, Hot Banditoz had their biggest success with their debut 2004 single, a re-working of an old Spanish children's song, "Veo Veo." The song caught on in Spanish resort towns, especially ones with German tourists, and the track became a seasonal hit. Their first album, Mini Disco, was released in the wake of "Veo Veo's" success that same year, and was mainly made up of covers of children's songs from Spanish television. Their follow-up album, Body Shaker, was released in 2005, and the group returned to the charts in 2007 with that year's Best of Holiday Club Hits, a collection -- once again -- meant for the holiday travel and resort season. ~ Chris True, Rovi