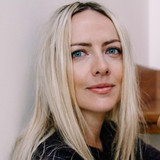 Susan Quirke is a singer, songwriter, musician, meditation teacher, and also a multi-award-winning social entrepreneur for her work in the field of wellbeing and mental health. Originally from Oola in Co. Limerick, now based in Lahinch on the west coast of Ireland in Co. Clare, her music and meditation work have been featured on national outlets such as the Sunday Independent, Irish Times, Hot Press, The Ray D'Arcy Show, The John Creedon Show, Late Date on RTÉ 1, Irish Country Magazine, and on the Róisín Meets podcast. She has performed her music and also led mass meditation experiences from the main stages of major Irish festivals such as Electric Picnic and Body&Soul and for societal and cultural events like #StandForTruth where she led a meditation experience for over 6,000 people. Susan has also performed her music for figures such as the Dalai Lama and the President of Ireland in Áras an Uachtaráin. To date, she has released 4 original singles alongside 4 music videos, achieved an iTunes no.1, and played at venues throughout Ireland, the US and Australia. Her debut album Into the Sea was released in 2021.