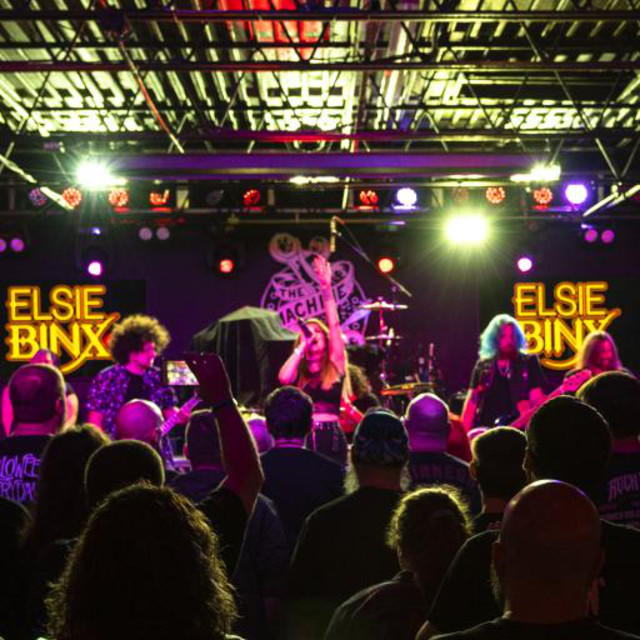 DETROIT ROCK N ROLL x GRITTY POP N SOUL - Established 2015 - EBX was born when Kevin Wesley Williams and Erin Accomando began working together at The Sound Shop Studio in Macomb, Michigan in January of 2015. They set out to create the sound of a new pop/rock project, ELSIE BINX. They and Aaron Golematis produced a 7-song album that would eventually bring together the group of musicians who call themselves ELSIE BINX today. ​When they released their first album in October of 2015, they began playing out in public as a 5-piece band, including one background vocalist. A few months into the endeavor, they made the decision to search out and add a second guitar player. ​For the remainder of 2016, they worked diligently to write an entirely new rock album and have it perfected before recording it in the Fall of 2016. They successfully released their full-length, 12-song sophomore album, ‘That’s What She Said’, in April of 2017. Since then, they’ve been playing out all around the Metro Detroit area as a 6-7 piece band. They’ve travelled to Philadelphia, Chicago, Toledo, Fort Wayne, Tulsa, St. Louis, Amarillo, Las Vegas, Tarzana, Denver, Omaha, Minneapolis, Phoenix, and the iconic Whisky A Go-Go in West Hollywood. Some of their influences are Soundgarden, P!nk, Van Halen, Queen, Halestorm, Paramore, Evanescence & The Pretty Reckless