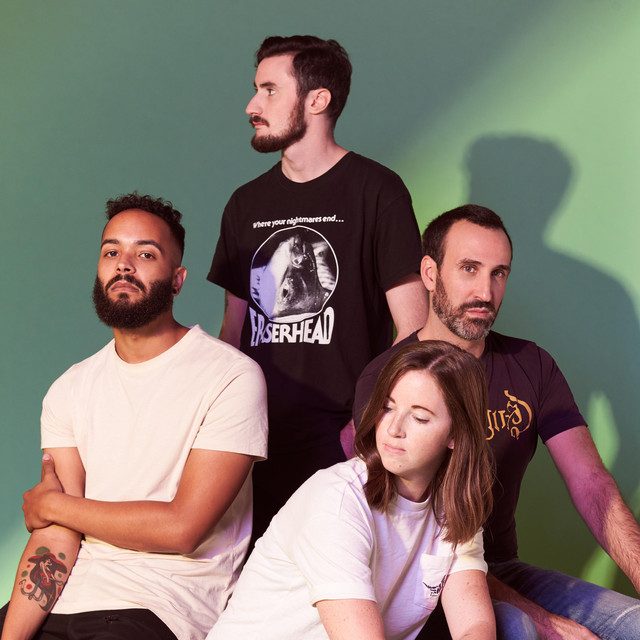 Church Girls—Philly’s emerging indie post-punk outfit—delivers urgent catharsis on The Haunt, providing “a glimmer of hope amidst nihilism,” says bandleader Mariel Beaumont. The record tackles themes of addiction and despondency in a poetic will to move forward towards healing and developing healthier habits. The group has been busy since their last EP Cycles. They’ve been featured at Audiotree, Paste Magazine & Daytrotter, Bandcamp (New & Notable) & more, and touring extensively across the US, UK, Canada, and Europe. The post-punk aggression of The Haunt combined with Beaumont’s undying ploy to “pour gasoline and burn everything in our wake (in order to rise from the ashes)” foster controlled anger in the name of sapping the noxious and unwelcome return of addiction. The title track’s bruising rhythms and arresting guitar melodies catapult Beaumont’s vocals to the edge of the album’s wry, indelible refrain: “I’m so sick of shoving dirt in a bottomless pit.” Replete with gang vocals, the band relishes their ability to let the dirt shower over musty skeletons with dizzying guitars, subtle organ stabs and sticky bass figures. Church Girls make it wholly transparent, that they’re able to defeat mundanity and combat addiction by using their musical agility as a weapon, to snuff out meaninglessness, no quarter. The Haunt is out now on Anchor Eighty Four.